PROPOSAL OF A CIVIC COOPERATION FOR THE DEVELOPMENT OF PEST QUAY

The fate of the lower quay of Pest may be decided these days, as it is also part of the 60 billion HUF package that is being negotiated between the Government and the Capital.
Now the city administration has to decide what sort of quay the people of Budapest will get back after a long and costly closure and reconstruction: one where car traffic still cuts off the Danube from the city, or one that can be reached directly by foot, bicycle, being an integral part of the city center, a public park planted with trees, which is enjoyable with children, by rolling, running. The decision will be pivotal for the next decades, so we ask the city management to ensure the lower quay of Pest to be free of traffic after the next renovation.
Since spring, on weekends, the Pest quay belongs to citizens. The open quay shortly became one of the most popular public spaces of the city, people occupied it on the very first weekend. According to our measures: in 15 minutes 336 people passed by Valyo’s counting point on 19-20 September on foot or by bicycle, roller, skate. It is not a surprising, as there are not many opportunities for a pleasant stay in the city center on the narrow sidewalks, streets with parked cars and polluted air.
In the narrow streets of the city center, there is hardly any sunshine, green space or benches. According to the Budapest Green Infrastructure Concept, there is only 1-4 squaremeters of active green space per person, which is not even close to the 9 squaremeters recommended by the WHO.
Thus it is understandable, that citizens like to spend their free time outside the city center, which involves leads to environmentally harmful driving, and generates revenue elsewhere. The lack of green spaces also contributes to suburbanization processes. With the proliferation of working from home, the demand for livable open spaces is increasing, which must also be ensured downtown, to prevent a wave of emigration from the city. A good answer to this problem is the open quay, which is also close, can be quickly reached from the center on foot or by bicycle, also by public transport, and the proximity of the water and the panorama of the Danube is a unique experience for everyone.
The weekend openings also provided a good experimental field for mapping the needs and potential uses, and it also proved that the city’s traffic did not collapse due to the car free weekends.
According to a survey conducted by Median, 59% of respondents would support a complete car free quay and only 37% would oppose it.
The Capital also asked citizens for their views on the future of the lower quay. The questionnaire was completed by 3,457 people. 74% of respondents said the primary role of the quay should be to provide recreation, and only 20% think it should provide car transport. 79% of respondents would support a pedestrian-friendly renewal of the quay. Most would like to see green spaces, trees, and safe cycling, rollerblading, rollerskating surfaces on the quay.
This ryhmes with the Mayor’s election promise that “the lower quay of Pest will be gradually handed over to people strolling, cycling and scooting. The traffic on the lower quay of Buda will necessarily remain, but it will also be possible to get close to the water on the floats and the densely placed crosswalks leading to them ”.
Rebuilding the quay will take years, whilst it will not be usable at all. It has been proven several times that during construction and closures, car traffic adapts to the changed conditions: people commuting choose a different route or another, more environmentally friendly mode of transport. During the period of such a long closure, citizens change their habits, adapt to the changed situation. This was the case during the construction of metro line 4, during the renovation of Margaret Bridge and Liberty Bridge, the metro replacements, the construction of the main collecting canal in Buda or the district heating pipeline on Kossuth Lajos Street. A good example is the traffic calming of Kecskeméti utca – Petőfi Sándor utca: by eliminating the transit traffic and rebuilding the public spaces, a livable urban environment was created, and the traffic in the city center did not collapse. After the reorganization, it would be a mistake to use the unique Danube bank to transport cars again, and to increase car traffic by restoring road capacity.
In the case of the implementation of the plans made under Mayor István Tarlós, car traffic will continue to be a border difficult to cross between the city center and the Danube. Exhaust and noise instead of clean air, a paved lane instead of a park, a 2 × 1 traffic lane instead of event spaces, will not be in the interests of city dwellers.
The Capital asked the opinion of citizens, and the people of Budapest declared / stated / pronounced that they did not want car traffic, but a community space on the banks of the Danube. Doing so, they empowered the city administration to stand up for a livable and green quay.
The expert and non-governmental organizations drafting the letter support the Capital in realizing this vision during the renovation of the quay, and hereby ask the Mayor to represent it in determining the future of the lower quay of Pest.

Please create a form in " MailChimp for WordPress Lite" plugin before using this shortcode. 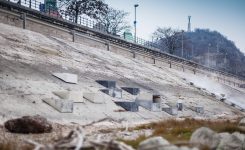 We submitted four ideas on Danube to the Buda... 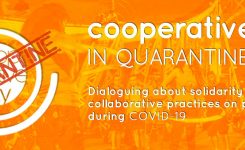 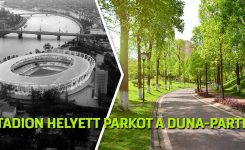